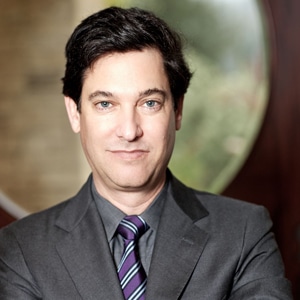 Jim is the Founder and CEO of Breyer Capital, a global venture capital firm based in Menlo Park, CA. Jim has been an investor in over 40 consumer internet/technology companies that have completed successful public offerings or mergers, including Facebook, Etsy, Legendary, Datalogix and Marvel Entertainment.

Jim Breyer has a long track record of investing in China and partnering with Chinese entrepreneurs, including through Breyer Capital’s major limited partnership with IDG Capital, a premier technology venture capital firm based in Beijing.

Jim currently serves on the board of directors of Blackstone and 21st Century Fox, where he is Chairman of the Compensation Committee and a member of the Nominating Committee. Jim served on Facebook’s board from 2005 to 2013 after leading the company’s Series A funding round. Jim’s other past board memberships include Wal-Mart, where he served for over a decade and was the lead independent director until his retirement in 2013, and Dell Inc., where he was a director through the company’s $24 billion take-private in 2013.

Jim is passionate about philanthropy and applying venture philanthropy and innovation models to areas such as education, the arts, and environmental sustainability. Jim is a Fellow of Harvard Corporation, Harvard’s senior governing board; Chairman of the Stanford Engineering Venture Fund; and Chairman of the Advisory Board at the Tsinghua University School of Economics and Management. In addition, Jim is a long-time Trustee of SFMOMA, The Metropolitan Museum of Art in New York and the American Film Institute (AFI) in Los Angeles.
Your trust is important to us and we tirelessly work on improving our services and raising awareness about our products, which are designed to ensure our users’ security and privacy. To accomplish these goals, we use cookies that enable us to learn how our website visitors navigate our content and how web users interact with our marketing materials so we can understand how to improve our website and our content.AcceptRejectPrivacy Policy